Prior to joining CareFirst, Pieninck held a variety of positions with Aetna, including President of America’s for Aetna International, a wholly owned subsidiary of Aetna.

“In his two years with the company, Brian’s high-impact performance has strengthened our leadership team and facilitated marked progress,” said CareFirst President and CEO Chet Burrell. “I am confident that in his new role, Brian will continue to lend his insight and tireless work ethic to maximize the fulfillment of our mission.”

“David brings a rich range of experiences in the health carrier field over the past 35 years to this position working with some of the nation’s largest and most complex employers,” said Burrell.

Prior to joining CareFirst, Corkum led Minnesota Blue Cross and Blue Shield’s sales and business development efforts for the entire company, where he served as Senior Vice President of Commercial Markets.

Also joining CareFirst is Rose Megian, who will serve as Executive Vice President of the company’s Small and Medium Strategic Business Unit and oversee the sales, operation and client management of that business segment. Megian previously served as President and CEO of Health Net of Arizona Inc., a wholly-owned health plan subsidiary in Arizona.

“With more than two decades of industry experience and a proven record of collaborative and consistent results, Rose will be a meaningful contributor in increasing our efforts to provide affordable health care coverage throughout the region,” said Burrell.

In addition to leadership changes within the company’s business segments, CareFirst has also made changes to its public policy team.

Marie L. Grant has been named Vice President of Public Policy. In her new role, she will work closely with the company’s government affairs team in researching, developing and articulating positions on a variety of public policy issues. Grant, has been with CareFirst since 2013 and most recently served as Director of Policy Analysis and Divisional Planning.

Joining the company’s Public Policy and Community Affairs division is Stephanie Quinn, who will fill the role of Vice President of Federal Government Affairs. Prior to joining CareFirst, Quinn was the Assistant Director of Congressional Relations for The American Society for Radiation Oncology, where she led the organization’s efforts to educate federal agency officials on a wide variety of health-related issues.

Lastly, changes to the company’s legal department includes the addition of Antoinette Rothey, who joins CareFirst as Vice President of Special Investigations. Rothey has nearly 25 years of health insurance experience in the areas of subrogation, fraud, waste and abuse, claims and customer service operations, provider billing and vendor management.

In its 79th year of service, CareFirst, an independent licensee of the Blue Cross and Blue Shield Association, is a not-for-profit health care company which, through its affiliates and subsidiaries, offers a comprehensive portfolio of health insurance products and administrative services to 3.2 million individuals and groups in Maryland, the District of Columbia and Northern Virginia. In 2016, CareFirst invested nearly $44 million to improve overall health, and increase the accessibility, affordability, safety and quality of health care throughout its market areas. To learn more about CareFirst BlueCross BlueShield, visit our website at www.carefirst.com or follow us on Facebook, Twitter, YouTube, LinkedIn, Instagram or Google+. 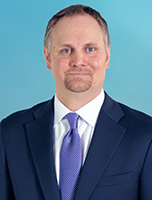