Baltimore, MD (May 23, 2018) - The Board of CareFirst, Inc. and its affiliate Boards have named Brian D. Pieninck as President and Chief Executive Officer of CareFirst BlueCross BlueShield (CareFirst), effective July 1, 2018. Pieninck, who currently serves as the company’s Chief Operating Officer, will succeed Chet Burrell, who will retire after more than a decade as the company’s top executive on June 30.

“Brian is an exceptional and energetic leader who has quickly demonstrated his ability to achieve outstanding business results while remaining focused on the importance of CareFirst’s not-for-profit mission and the people who work to uphold it each day,” said Stephen L. Waechter, chair of the board of directors of CareFirst, Inc. “As we thank Chet Burrell for his years of outstanding service to the company, we also are confident in Brian’s ability to expand on the tremendous work that has taken place under Chet’s guidance.”

Pieninck joined CareFirst in April 2015 as Executive Vice President of the company’s Large Group Strategic Business Unit and was responsible for the service, sales and claims operations for CareFirst’s largest and most complex accounts. A year later, Pieninck’s responsibility expanded to include leadership of CareFirst Administrators, the company’s third-party administrator unit for self-insured groups.

“CareFirst is very fortunate to have a leader with Brian’s capabilities. He is highly regarded by the Board and all who know him in the community. Most of all, I believe Brian is committed to carrying out CareFirst’s not-for-profit mission,” said current CareFirst President and CEO Chet Burrell.

As the top executive of CareFirst’s Large Group Strategic Business Unit, Pieninck oversaw the largest ever year-over-year enrollment growth (12 percent) for that unit from 2017 to 2018. The company also has bolstered sales of its dental, student health and Medicare supplemental insurance plans.

“I feel honored and grateful for the opportunity to lead an organization that is such an important part of the lives of its members, the communities it serves, and the dedicated employees who work for it,” Pieninck said. “I am also thankful for the distinguished leadership Chet Burrell has provided CareFirst during the past decade and look forward to helping the company continue to accomplish its mission of providing affordable and accessible health care services to as many people as possible.”

Prior to joining CareFirst, Pieninck was a member of Aetna Inc.’s leadership team, where he held a variety of positions of increasing responsibility during a 19-year tenure, most recently as President of the Americas for Aetna International. In that role, he was responsible for the company’s business interests and strategic expansion in North, Central and South America, as well as the Caribbean.

Before serving as President of Aetna International’s Americas organization, Pieninck was President of Southeast National Accounts for Aetna. During his tenure, he developed and led the execution of several initiatives resulting in significant savings for the company.

Pieninck holds a Bachelor of Science in Business Studies Business Administration from Southern New Hampshire University and is a graduate of Leadership Maryland’s Class of 2016.

In its 80th year of service, CareFirst, an independent licensee of the Blue Cross and Blue Shield Association, is a not-for-profit health care company which, through its affiliates and subsidiaries, offers a comprehensive portfolio of health insurance products and administrative services to 3.3 million individuals and groups in Maryland, the District of Columbia and Northern Virginia. In 2017, CareFirst invested more than $33 million to improve overall health, and increase the accessibility, affordability, safety and quality of health care throughout its market areas. To learn more about CareFirst BlueCross BlueShield, visit our website at www.carefirst.com or follow us on Facebook, Twitter, YouTube, LinkedIn, Instagram or Google+. 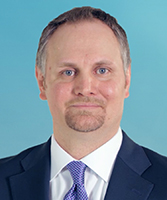